Two days after my visit to Rapids Water Park in Riviera Beach, Florida, my family and I made the two hour trek north out of Miami, Florida, to Port Canaveral to board the Disney Dream cruise ship for a 3 day voyage to Nassau, Bahamas, and Disney’s Castaway Cay private island. 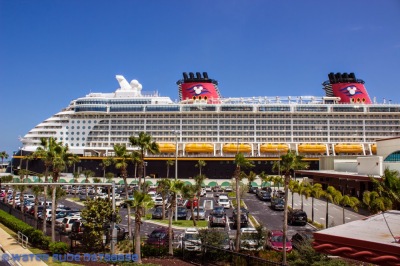 Disney Cruise Line is known for not only providing the magical Disney experience we’ve all come to love one way or another, but they are also known for being one of the highest ranked cruises in terms of quality, cleanliness, and overall experience compared to many other cruises. Part of Disney’s variety of large cruise ships include the Disney Dream ship, which was introduced to the lineup in 2011 and has been doing 3 and 4 day voyages to places in the Bahamas. Being that this was my third-ever cruise (previous two were the Norwegian Breakaway, and the Royal Caribbean’s Monarch of the Seas), I can say that I was definitely impressed by all that the ship had to offer for people of all ages, especially kids! 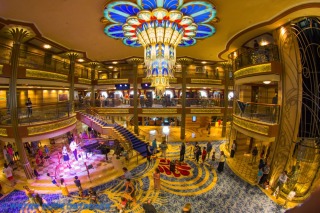 We got to exploring much of the ship and enjoying the food offered for the first day of the cruise. Between the mandatory fire safety demonstration, there were already plenty of activities for people available to do; including the Aquaduck slide (with a 1 hour line on this day!) which I’ll explain more about in the second part of this review. At the time our ship was ready to sail out of Port Canaveral, The Carnival Sensation and Carnival Splendor ships joined us on the journey going to the same second destination.

By morning of the next day, our ship had pulled into port at Nassau, Bahamas, parallel and in-between the other two Carnival ships, all before a very large Norwegian Getaway ship showed up last and docked alongside as well! My family and I disembarked and took a look at a few parts of Nassau, Bahamas, before finally making the trek over to Paradise Islands to experience the Atlantis Resort’s Aquaventure water park for a couple of hours. (A separate review of this incredible water park will come soon).

After all was said and done, we ventured back to the ship and eventually sailed out of port. What awaited us on our beds when we returned to our stateroom were red pirate-themed bandanas that read “Pirated in in the Caribbean!” This was to prepare us, and all other guests aboard the ship, for a Pirates of the Caribbean themed show involving a visit by characters from the movie, including Jack Sparrow, and a ending with a spectacular fireworks show above the ship! 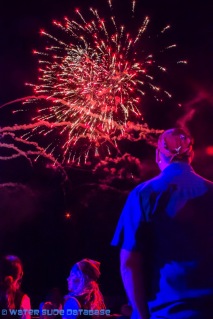